I was saddened to hear of the death of Richard Hamilton a couple of days ago. Although I never managed to meet him, his ideas were an important part of my research into the origins of computer arts & ideas in Britain. He is remembered as the father of Pop Art, but less often discussed are his early activites which had an important bearing on the development of digital art in Britain. He had a broad vision of the artist unconfined to one discipline who could think across outmoded divisions in the arts. He ran a groundbreaking course in Basic Design with Victor Pasmore within the fine art department of King’s College, University of Durham at Newcastle-upon-Tyne (early 1950s). This was the most radical and progressive art education available in Britain at the time and was of central importance in creating a context for later developments in computer arts in this Country.

Hamilton was also involved with the avant-garde exhibition This is Tomorrow at the Whitechapel Art Gallery in 1956. The catalogue of this show contains what I believe is the first published allusion to the computer in relation to artistic practice in Britain.

Hear a good obit on BBC Radio 4, including an interview with Michael Craig Martin who says Richard was fascinated with everything to do with modern technology. 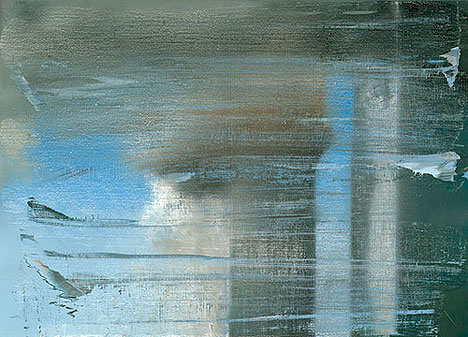 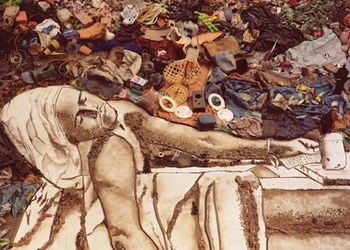 It was good to hear David Hockney speak of his love of nature when interviewed forBBC’s Front Row tonight. He said that England was a beautiful country and we should all get out more and see it. He also called for a return to studying the discipline of drawing in art schools, as it teaches artists how to look. A show of his landscape painting, mostly of Yorkshire, will be at the Royal Academy next year. Also on view will be drawings from his iPad series and I hope to be able to feature one of these in my column Computer Art Image of the Month next year.

A ghostly, lone figure appears out of the mist as if something half-remembered from a dream in September’s artwork by Orly Aviv. It’s an image with strong representational, even narrative elements; although the typography of the original location is subsumed the work manages to create a real sense of place. It is a reinterpretation of the Sublime facilitated by the artist’s use of digital technologies. Read the full text here: http://www.bcs.org/content/conWebDoc/41489