Posted on January 6, 2018 by Catherine Mason

Don’t miss the wonderful Roger Law exhibition at the Sainsbury Centre for Visual Arts (running until 3 April).  A chance to see not only the famous Spitting Image puppets (and a new Trump puppet!), but also his ceramics – beautifully delineated with intricate imagery. 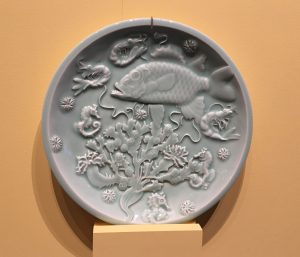 What an amazing draughtsman is Law, see his sketchbook drawings in pen, ink & watercolour, on public view for the first time here.

Thrilled to be a part of Showcase, the arts program on TRT World television on 14 November, with thanks to Belle Lupton.  Watch me again here, speaking about the effects of technology on art. 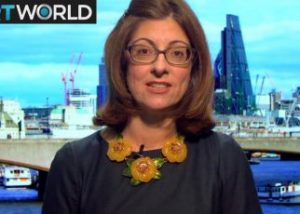 Posted in computer art, iPad, lectures | Tagged the effects of technology on art | Comments Off on Showcase on TRT World

The exciting launch exhibition at the new Wells Maltings art space, opening Spring 2018 will bring together the best artists with an affinity to the East Anglian Region within the landmark Maltings buildings on Staithe Street, Wells-next-the-Sea, Norfolk.  Open to all artists who have connections with East Anglia (2-dimensional work only please), submit your work here – deadline mid-March next year.  Show opens late April 2018 and will run throughout the summer.  Don’t miss being a part of this new venture.  With thanks to my fellow selectors – artist Tracey Ross, Veronica Sekules of the Groundwork Gallery Kings Lynn and Simon Daykin General Manager of the Maltings.

Lecture – Computer art and the influence of D’Arcy Thompson

Come to my forthcoming lecture in Dundee –

“A huge space of endless predetermined possibilities”: Computer art and the influence of D’Arcy Thompson

On 8 November 6pm, I’m thrilled to be going to the D’Arcy Thompson Zoology Museum to talk about how the writing of code has been used to draw since digital computing technology became accessible to artists from the mid-1960s.  This year is the 100th anniversary of D’Arcy W Thompson’s book On Growth and Form (1917) which had a formative influence on the pioneers of algorithmic art. 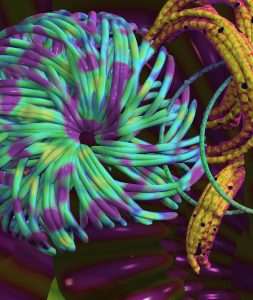 In this talk we will learn how complex and visually arresting imagery often comes from surprisingly simple sets of instructions. We will discover that the use of the computer offers “a huge space of endless predetermined possibilities.” (William Latham, artist)

Posted on September 17, 2017 by Catherine Mason

Wonderful, site-specific Richard Long work.  Made of local Carrstone, a natural sandstone seen in this part of Norfolk particularly in domestic architecture (often called ‘gingerbread’ in N W Norfolk).  A Line in Norfolk embodies the artist’s concepts of nature combined with physical action and gives a true feeling of place. 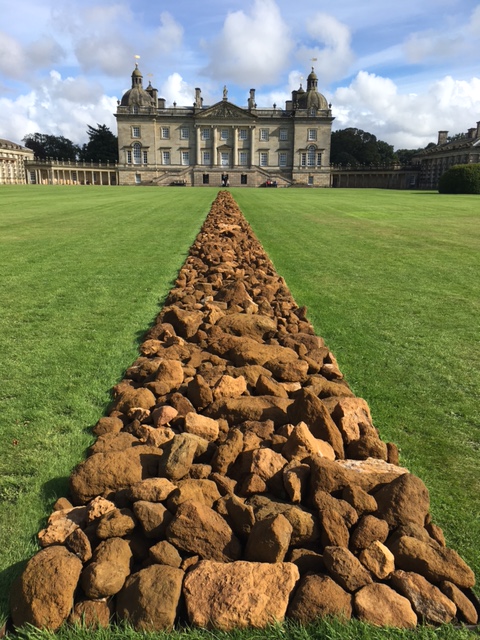 Richard Long, A Line in Norfolk, installed at Houghton Hall, 2017

Part of the large and impressive EARTH SKY exhibition running at Houghton Hall until end October.

Posted on September 10, 2017 by Catherine Mason 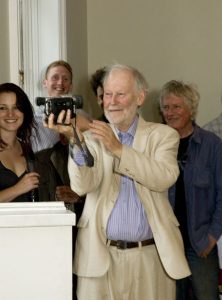 I was saddened to hear of the death of Tony Pritchett in August this year.  For those who don’t know, Tony created The Flexipede in 1967, the first fully surviving work of computer animation created in Britain.  I first met Tony in 2002 and he was always supportive of my research into the history of computer arts in Britain, never losing patience with my often limited grasp at that time of the technical aspects of the subject.  I asked him how he came to create the Flexipede and why.  After giving a detailed explanation, I then asked him who he had told this story to and where it was published, thinking I would look up some more aspects later.  He replied that “no one has ever asked me before” !  This I found astonishing – the man who created the first British computer-generated animation should by rights be a household name nearly 30 years later.  I feel enormously privileged to be one of the first to finally publish his story, which you can read in chapter 9 of The Computer in the Art Room. 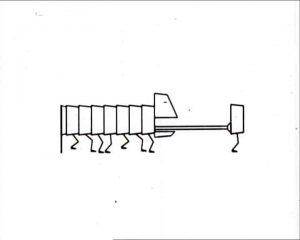 Tony Prichett, still from The Flexipede, 1967

Tony loved filmmaking, often making recordings and videos of Computer Arts Society events, lectures and parties.  I remember him filming me giving a speech at the book launch of The Computer in the Art Room at Somerset House in 2008.  He was an early member of the CAS and could always be counted on for support and enthusiasm.  It was typical of his kindness in supporting me at the Bits in Motion film screening I held at the NFT in 2006 (below).  In addition to his computer arts activities, he told me he was interested in homeopathy and edited Positive News at one time.   A very cultured and considerate gentleman, who will be greatly missed. 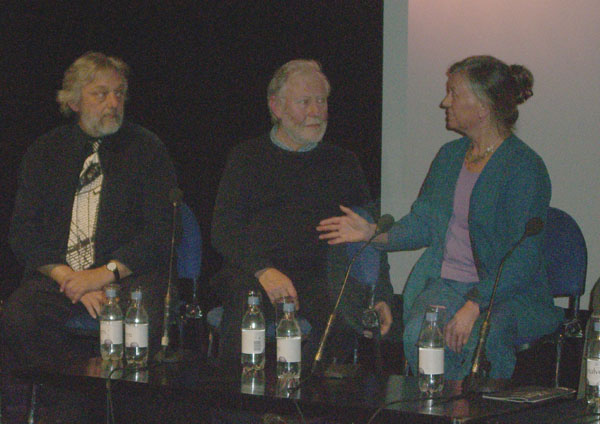 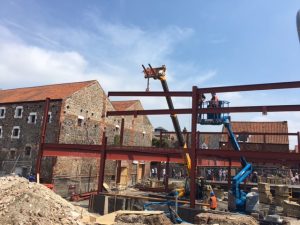 I am thrilled to join the Wells Maltings Trust as Art Advisor.   The Wells Maltings is a historic Grade II listed building in Saithe Street, Wells next the Sea, Norfolk currently being redeveloped to create North Norfolk’s Premier Arts & Heritage Centre.  I am devising a programme of exhibitions and arts events for the new art space, under construction and due to open Spring 2018. 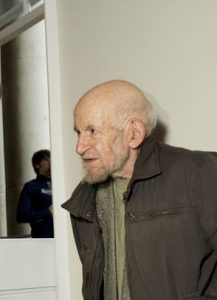 Gustav Metzger at the book launch of A Computer in the Art Room, CAS event, London 2008

who passed away a couple of weeks ago.  He was a very early member of the Computer Arts Society and the first editor of our journal PAGE from 1969.

A Computer in the Art Room book

Posted on February 6, 2017 by Catherine Mason

Just a reminder that my book – A Computer in the Art Room, The Origins of British Computer Arts 1950‐1980 is still available to purchase from this website (it seems to be prohibitively expensive on Amazon for some reason) – click the SHOP tab above. 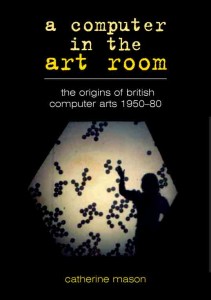 Read a synopsis here: A Computer in the Art Room synopsis  Also read reviews of the book .

Posted on January 9, 2017 by Catherine Mason 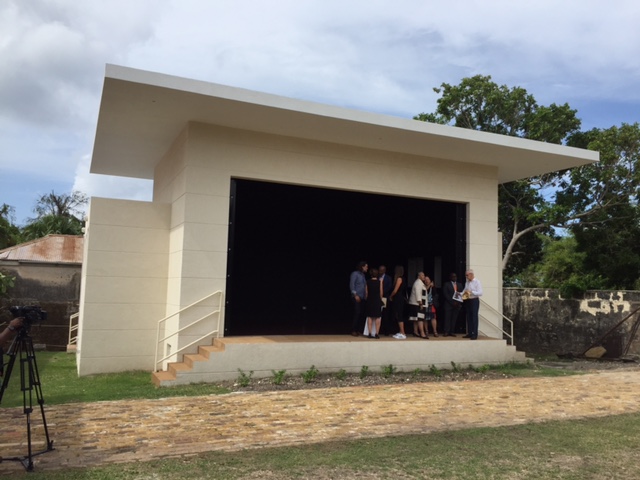 In a wonderful start to the new year, the Barbados Museum and Historical Society unveiled its brand-new Walled Garden Theatre, part-sponsored by Catherine & Keith.   It is a great pleasure to be a part of this important new venture for culture in Barbados.  The Museum’s Chairman, Sir Trevor Carmichael said it was “a dream come true.”  We hope this new facility will become a much-loved feature of the museum, helping to grow audiences.

One of the Theatre’s first events will be to host the opening gala of the Barbados Independent Film Festival on Wednesday 11 January. 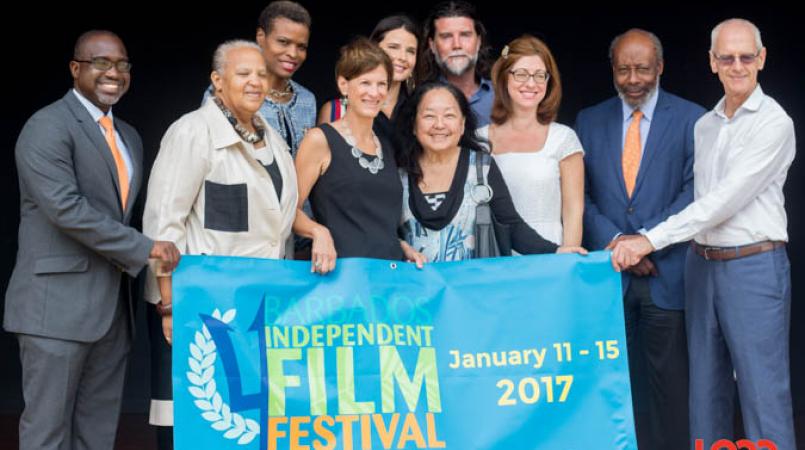 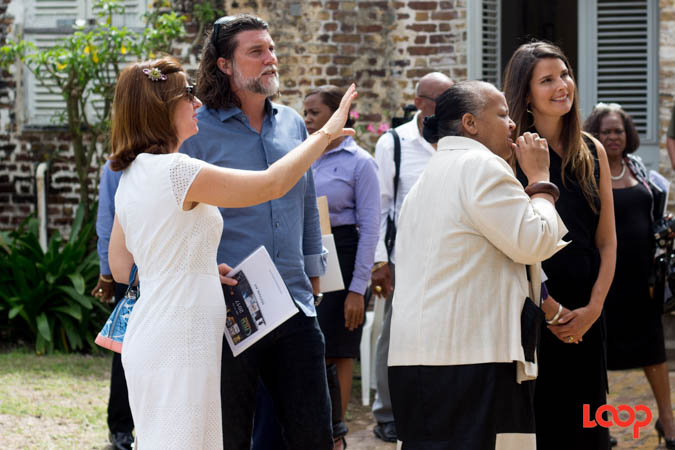